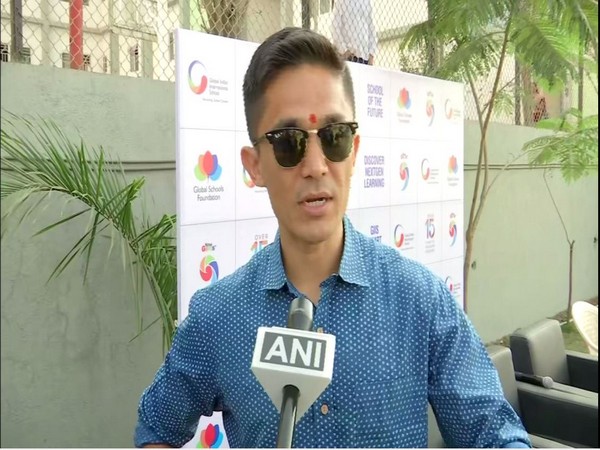 Pune (Maharashtra) [India], Jan 23 (ANI): India's football skipper Sunil Chhetri on Thursday said that he does not have many matches left for his country, so he makes the most out of what his career has to offer.

"It indicates that I am at the other end of my career. I have played 112 matches for my country, it doesn't mean I am going to play 250 matches. I don't have many games left, but I feel really fit now, I am raring to go but it is a fact that I am on the other side of my career," Chhetri told reporters.
Commenting on the state of Indian football, Chhetri said that the Blue Tigers have improved, but there is still a long way to go if the side wants to compete with the big guns.
"I think we have definitely improved, but we haven't improved that much that we can get satisfied. Everyone is involved in the sport now, where we want to reach, it is far away and we have to work hard to achieve the goals," Chhetri said.
India currently has three points from five matches in the FIFA World Cup Qualifiers Qatar 2022 and is next slated to play Qatar on March 26.
Earlier this month, Mohun Bagan and ATK announced their merger and Chhetri lauded the former club for being instrumental in India's growth in the sport of football.
"I am really happy to see the merger of Mohun Bagan and ATK. Mohun Bagan has done a lot for the Indian football over the years, I wish them all the best," Chhetri said. (ANI)