Would have to lean on each other if there's no crowd, says James Anderson 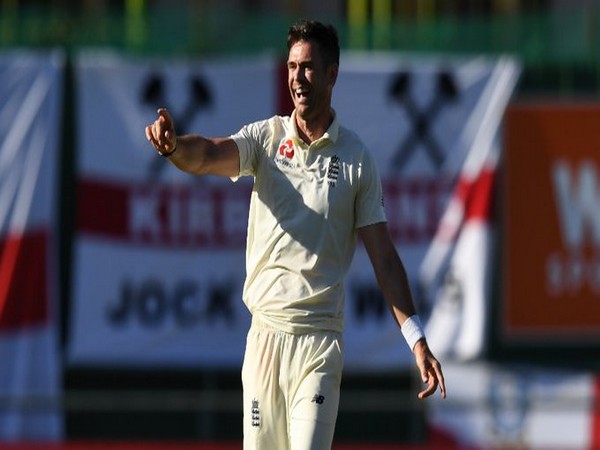 Atlanta [USA], May 21 (ANI): England pacer James Anderson believes that the players in the squad would lean on each other if the side goes on to play matches behind closed doors this summer.

All types of cricket have been suspended since March due to the coronavirus pandemic. However, England is looking to play a Test series against West Indies and Pakistan in July.
"We are lucky in England that most Test matches are sold out, certainly the first few days, we get big crowds so motivating yourself isn't an issue. You just get out there in front of a packed house and it's quite easy to get up for a game," CNN quoted Anderson as saying.
"I think we might have to lean on each other as players if there's no crowd there, no atmosphere, we hear the sound of leather on willow echoing around the ground rather than the applause," he added.
The ICC's Cricket Committee on Monday recommended prohibiting the use of saliva to shine the ball amid the coronavirus pandemic.
To this, Anderson said: "It's a massive thing for me because to get the ball to swing, you need to be able to polish the ball and repair it when it gets scuffs on it".
Shining the ball is a major thing for bowlers in trying to extract some swing from the match. As the game starts swaying in favour of batsmen by each passing day, bowlers have to try everything they can to trouble the batsmen.
The recommendations of the Cricket Committee to prohibit the use of saliva will now be presented to the ICC Chief Executives' Committee in early June for approval.
"The ICC Cricket Committee heard from the Chair of the ICC Medical Advisory Committee Dr. Peter Harcourt regarding the elevated risk of the transmission of the virus through saliva, and unanimously agreed to recommend that the use of saliva to polish the ball be prohibited," reads an ICC release.
"The Committee also noted the medical advice that it is highly unlikely that the virus can be transmitted through sweat and saw no need to prohibit the use of sweat to polish the ball whilst recommending that enhanced hygiene measures are implemented on and around the playing field," added the release. (ANI)