Would still prefer to bat at number three: Manish Pandey 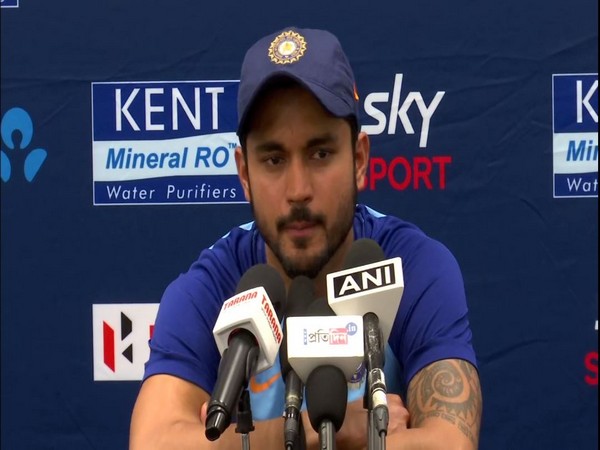 Wellington [New Zealand], Jan 31 (ANI): After playing an unbeaten knock of 50 runs in the fourth T20I against New Zealand, batsman Manish Pandey on Friday said that he would still prefer to bat at number three rather than six.

He said that the competition among the team is really high so he needs to grab the opportunity when ever he can.
India defeated New Zealand in the fourth T20I in a Super Over to gain a 4-0 lead in the series.
"I guess I had no choice. Batting at number five or six doesn't matter. The team has given me a role to bat at number six looking at the bowling combination of New Zealand. I did not get a chance to contribute in the first two games, but I am happy to do so in this match," Pandey told reporters after the conclusion of the fourth T20I.
"I would still bat at number three, as it gives me more time. The competition is really tough here, you have to keep squeezing in. If they give you number six, you have to take it. I would like to contribute for the team whenever I can," he added.
India was reeling at 88/6 at one stage, and it was then, that Pandey combined with Shardul Thakur and Navdeep Saini to take the team score past the 160-run mark.
"I have to start preparing my mind as a number six batter, there is competition up top so you have to wait for your chances. Today was the opportunity, you have to prepare when you are not in the team. Playing at number six is not an easy job, I think I did my job well in this match," Pandey said.
New Zealand were on their way to register a win, but with the side needing seven runs in the final over, they lost their way, losing three wickets and taking the match in the Super Over.
Shardul Thakur was the star bowler in the final over of the New Zealand innings.
"We knew we had to bowl just good balls, as the match progressed ahead, we knew that the match will go in Super Over. Shardul bowled a very good final over and the match deserved to go into a Super Over," Pandey said.
"We will look to win 5-0 because nobody has done it before, especially India has never done it before," he added.
India and New Zealand will take on each other in the final T20I on Sunday, February 2. (ANI)