WTC final: Seam, swing or spin, India has the bowlers to take advantage of conditions: Sehwag 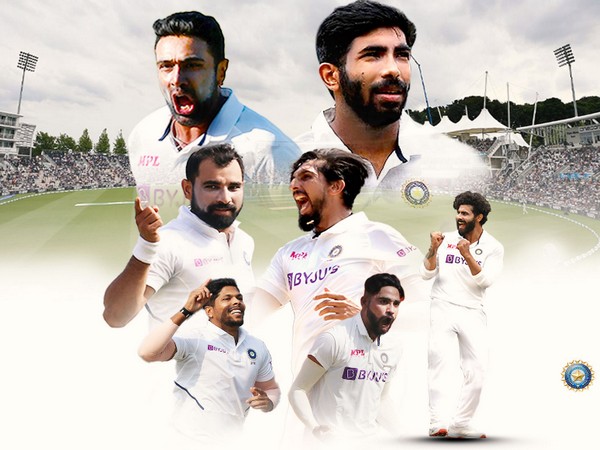 New Delhi [India], June 16 (ANI): India skipper Virat Kohli has always spoken about how this bowling attack fills him with pride. And now, former India opener Virender Sehwag has gone a step ahead and credited the bowlers for taking the team to the top of the ladder in world cricket.

Feared across the globe for taking the attack to the opposition during his playing days, Sehwag believes that the Indian team which is set to play New Zealand in the final of the World Test Championship from Friday has the perfect balance when it comes to the bowling line-up.
"This team has a very good bowling line-up and that is why they have beaten Australia in Australia twice and now they are No.1 (currently No.2 in the latest ICC Rankings) and are also playing the World Test Championship final. There are a lot of batsmen who score runs, but cannot forget the bowlers who take 20 wickets and win games," he told ANI on the sidelines of the launch of the CRICURU app.
The Nawab of Najafgarh, as Sehwag is fondly called, feels that the best part of the Indian attack is that they have bowlers for all conditions.
"Mohammed Shami, Jasprit Bumrah, Ishant Sharma, Ravichandran Ashwin. The Indian team has a very good bowling line-up and good balance. If the condition supports swing and seam, India has seam bowlers who can take advantage. If there is spin on offer, they have Ravindra Jadeja and Ashwin to take advantage. As a bowling unit, this bunch has done really well and I am confident they will do well in the final," he smiled.
The Indian team has been known to have quality batsmen over the years, but the former India opener feels the team has dominated Test cricket consistently in the last few seasons due to the strength in the bowling attack.
"The bowlers definitely deserve credit because you cannot be No.1 without balance. You have to have a good batting and bowling line-up. Credit goes more to the bowlers than the batsmen because you need 20 wickets to win a Test match and series. And that is what they have done in the last few years and that is why they are No.1 in Test cricket. Credit goes to bowling more," he said. (ANI)