You did well with bat and gloves: Azhar congratulates Rizwan on winning Man of the Series 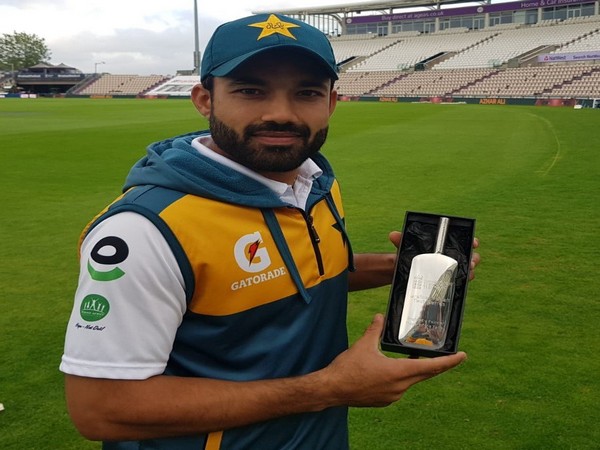 New Delhi [India], Aug 26 (ANI): Pakistan skipper Azhar Ali on Wednesday congratulated wicketkeeper-batsman Mohammad Rizwan on displaying great character with the bat and gloves behind the stumps and winning the Man of the Series in the recently concluded Test series against England.

Taking to Twitter Ali wrote, "Congratulations for the MOS @iMRizwanPak you, you did so well not only with bat and gloves also you gave so much positive energy to the team.. well done buddy lots more to come." 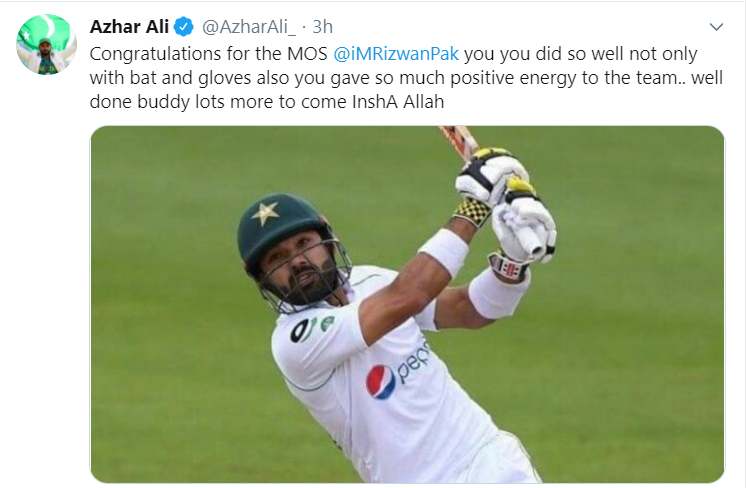 Rizwan was named as Pakistan's Man of the Series, while Jos Buttler was named England's Man of the Series.
In the three-match series, Rizwan scored 171 runs and registered two half-centuries in crucial situations. He was also safe with the gloves in hand and managed to grab every catch that came his way.
This is the first time in the last 10 years that England managed to defeat Pakistan in a Test series.
The final day of the third Test witnessed a delayed start due to rain and the first session did not see any play. Finally, the fifth and final day started after seeing a delay of five hours.
In the end, Babar Azam and Fawad Alam ensured that Pakistan does not lose the Test match. Azam and Alam remained unbeaten on 63 and 0 respectively with Pakistan at 187/4.
England had scored 583/8 in the first innings as Zak Crawley played a knock of 267 runs. Pakistan was then bundled out in the first innings for 273. Azhar Ali top-scored for the visitors as he played an unbeaten knock of 141 runs.
After this, the hosts had decided to enforce the follow-on after having a lead of 310 runs.
England had a 1-0 lead heading into the final match of the series after winning the first Test at Old Trafford by three wickets against Pakistan.
After being at 117/5, the hosts chased down 277 with Chris Woakes remaining unbeaten on 84. Bad light and rain had played spoilsport in the second Test, and as a result, the match had ended as a draw. (ANI)