You have seen more India than me: Harbhajan Singh to Jonty Rhodes 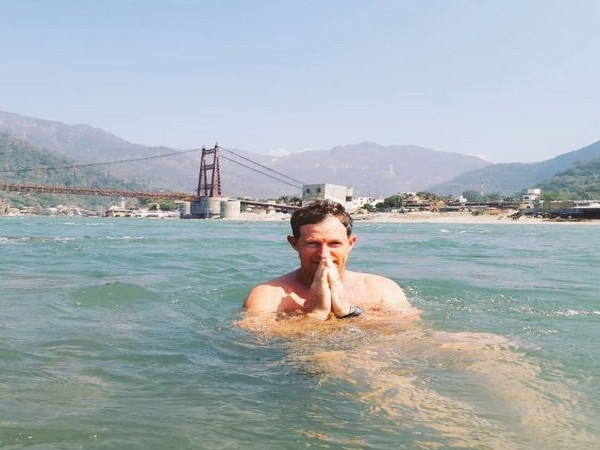 New Delhi [India], Mar 4 (ANI): Indian spinner Harbhajan Singh on Wednesday complimented Jonty Rhodes saying that 'you have seen more India than me' after the former South Africa player took a dip in the Ganges in Rishikesh.

Singh took to Twitter to write: "You have seen more india thn me my friend.. good to see you enjoying and having dip in holy Ganga next time take me along."
Earlier in the day, Rhodes had posted an image of himself taking a dip at the Holy Ganga river.
"Benefits of cold water immersion in the Holy Ganges are both physical and spiritual #moksha #rishikesh #internationalyogfestival," he captioned the image.
Rhodes will feature in the upcoming Road Safety World Series, scheduled to commence on March 7.
Some other notable players who will feature in this Series includes Sachin Tendulkar, Brian Lara, Virender Sehwag, Yuvraj Singh, Zaheer Khan, Lara, Shivnarine Chanderpaul, Brett Lee, Brad Hodge, Muttiah Muralitharan, Tillakaratne Dilshan, Ajantha Mendis and many more. Former India captain Sunil Gavaskar is the Commissioner of the Series.
The main aim of the Series is to create awareness about road safety and change people's mindset towards their behaviour on the roads. (ANI)