You made us all proud: Warne congratulates Australian women's team for liftingT20 WC 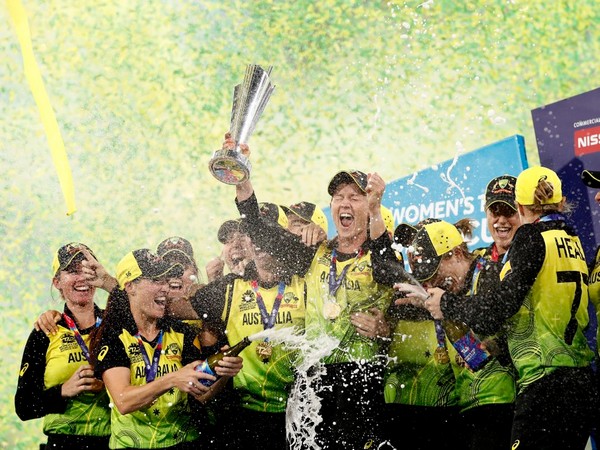 The leg-spinner also hailed the players dancing skills with American singer-songwriter Katy Perry after the victory.
"Well done! to the Australian women's team. Absolutely awesome effort yesterday. You made us all proud, you are absolutely fantastic. What about some of those moves on stage with Katy Perry too. Outstanding off the field, outstanding on the pitch. We will raise a glass to you and say congratulations, you guys were awesome. You rock, well done!" Warne said in a video post on Twitter.
Before this edition, Australia had won the tournament in 2010, 2012, 2014 and 2018.
Chasing 185, India got off to the worst start possible as Shafali Verma (2) was sent back to the pavilion by Megan Schutt on the third ball of the innings. The final nail in the coffin for India came in the sixth over of the innings as Harmanpreet Kaur (4) was sent back to the pavilion by Jess Jonassen, reducing the team to 30/4.
Veda Krishnamurthy and Deepti Sharma tried to retrieve the innings as the duo put on 28 runs, but their vigil ended in the 12th over as Krishnamurthy (19) was dismissed by Delissa Kimmince.
Taniya did not come out to bat due to concussion and Richa Ghosh came in place of her as concussion substitute. In the end, Australia did not give away many loose balls, and the hosts went away with a win by 85 runs to win their fifth T20 World Cup title.
Earlier, Beth Mooney and Alyssa Healy played knocks of 78 and 75 respectively to take Australia's score to 184/4 in the allotted twenty overs. (ANI)