'You've mastered this too': Williamson on Steve Smith's latte art 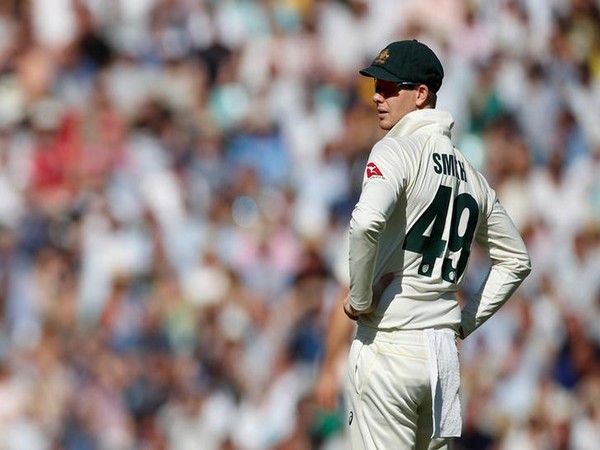 Smith had posted a video of himself, trying his hand at the latte art. In the video, he can be seen trying to pour a fern design over his coffee.
"Cricketers and their latte art! Here u go mate, this is my attempt! Any feedback? @kane_s_w.Maybe we should stick to hitting balls," Smith wrote as the caption.

To this post, both David Warner and Kane Williamson were left highly impressed.
"Haha bro I'm not surprised that you've mastered this too! A few more coffee net sessions for me," Williamson commented.
While Warner said that he is never trying his hand at this new hobby of Smith's.
On Monday, Williamson had also posted his attempt at latte art.
Kohli was impressed with Williamson's work and ended up commenting: "Looks, good bro. Not as elegant as that backfoot punch of yours though". 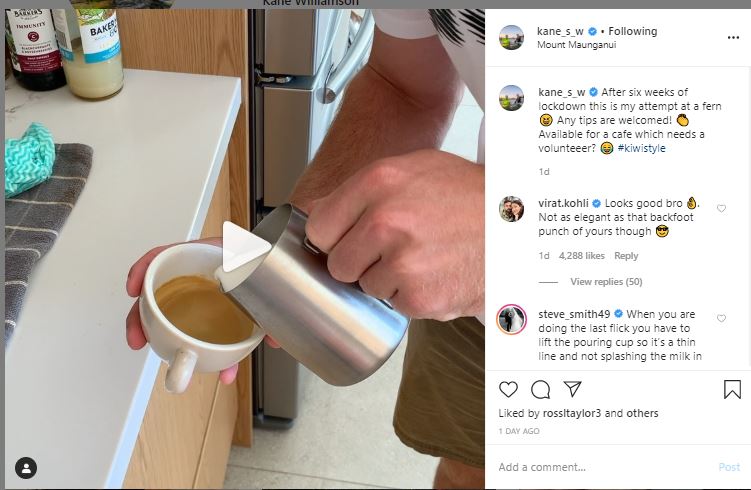 Thirty-year-old Smith is currently the number one ranked ICC Test batsman with 911 points and is closely followed by India skipper Virat Kohli with 886 points.
Smith was last seen in action against New Zealand in the first ODI of the three-match series.
After the first ODI, the series between both sides was postponed due to the coronavirus pandemic.
Smith would have been leading the Rajasthan Royals in the Indian Premier League (IPL) while Williamson would have represented SunRisers Hyderabad if the tournament had started on March 29.
However, the IPL has been postponed indefinitely due to the coronavirus pandemic. (ANI)