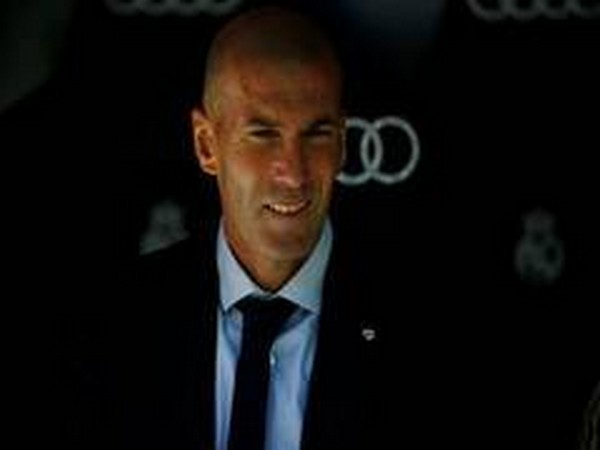 Madrid [Spain], June 25 (ANI): After winning their fourth consecutive match in La Liga following the league's resumption, Real Madrid's manager Zinedine Zidane said that what his players are doing is 'not at all easy'.

"We can do better, but I'm satisfied with what I saw and what these players are doing is not at all easy. That's 4 wins in a row, but the standout feature for us today was our defensive solidity all round. We can get better going forward and that's what we'll try to do," the club's official website quoted Zidane as saying.
Real Madrid secured a 2-0 win over Mallorca on Friday. The club has won all their four matches they have played since the resumption of La Liga after a long coronavirus-enforced break.
Zidane also praised Real Madrid's 'phenomenal' attitude.
"The important thing is that it's 4 wins for us, but that's a credit to the players. We're training well and we always want more. The players' attitude has been phenomenal, so too has that of the players who are not playing as much, and this is what makes the difference in the dressing room," he said.
With this win, Real Madrid climbed to the top spot on La Lia table and will next take on Espanyol on Jun 29. (ANI)