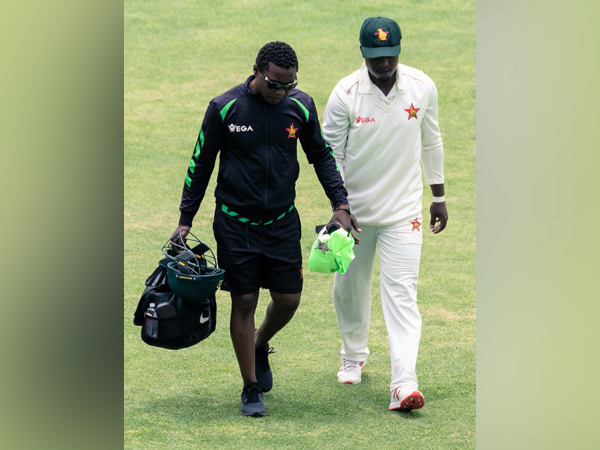 Harare [Zimbabwe], Jan 22 (ANI): Zimbabwe's opening batsman Kevin Kasuza has suffered a delayed concussion and as a result, he has been ruled out of the ongoing first Test against Sri Lanka.

Brian Mudzinganyama has been named as Kasuza's concussion substitute as per the ICC rules.
"REPLACEMENT: @ZimCricketv batsman Kevin Kasuza will play no further part in the first Test against @OfficialSLC at Harare Sports Club after being diagnosed with a mild concussion. Brian Mudzinganyama, who is yet to be capped, will come in as his replacement #ZIMvSL," Zimbabwe Cricket tweeted on Wednesday. 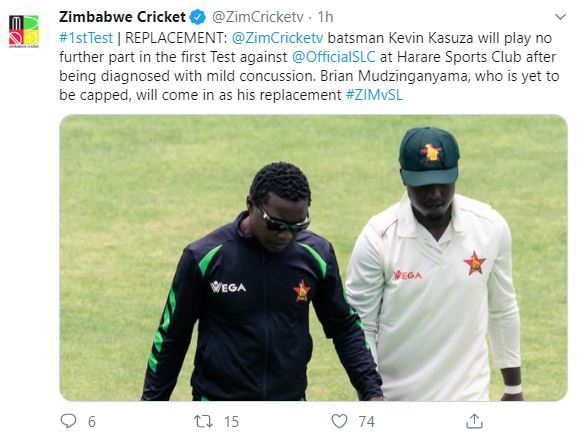 Kasuza had sustained a blow to the helmet at short leg on day three of the first Test. He was cleared of concussion on Tuesday, but today, the team doctor confirmed that the player suffered delayed concussion.
As per the ICC rules, a team can bring in a like for like a substitute for a player who suffers a concussion during a Test match.
In the first innings, Zimbabwe scored 358 and Sri Lanka managed to take a lead of 157 runs over the hosts, owing to Angelo Mathews' maiden double ton. (ANI)