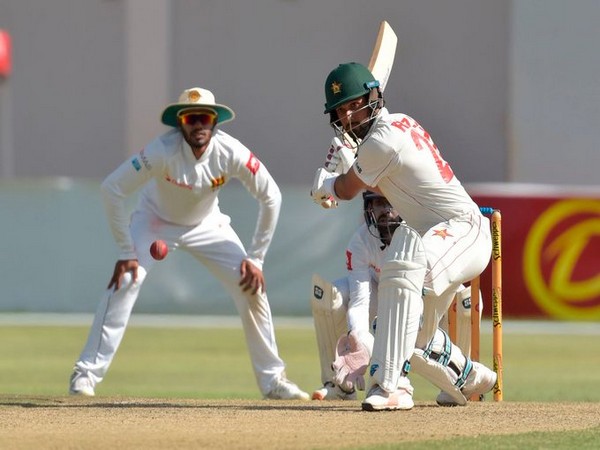 Harare [Zimbabwe], Jan 27 (ANI): Zimbabwe reached a score of 352/6 on the first day of the final Test match against Sri Lanka on Monday here at the Harare Sports Club.

Zimbabwe, who had won the toss and elected to bat first, did not start well and lost Prince Masvaure (9), reducing the side to 21-1. Craig Ervine then joined Kevin Kasuza at the crease, the duo put on 28 runs stand before Dhananjaya de Silva dismissed Ervine (12).
Brendon Taylor and Kasuza partnered for 65 runs and took the side past hundred runs. Lahiru Kumara in the 33rd over removed Kasuza (38) and the hosts were reduced to 114-3.
Taylor looked in sublime touch and smashed run a ball half-century before getting out on 133-4. Sean Williams and Sikandar Raza had a great partnership between them and took the scoreboard beyond 250 runs.
Williams scored a century while Raza went past 50 runs mark. Raza (72) got out in the 72nd over putting an end to 159 run partnership. Williams (107) was dismissed by Dhananjaya de Silva, reducing the team to 324.
Regis Chakabva and Tinotenda Mutombodzi took the side to 352/6. Chakabva remained unbeaten at 31 while Mutombodzi ended the day at 10*. (ANI)